Arsenal defender Kieran Tierney was forced off the pitch against West Ham in the Premier League with what appeared to be a shoulder injury.

Tierney was involved in an altercation with Michail Antonio in the six-yard box as he went to clear the ball and fell awkwardly on his shoulder – forcing him to be substituted in the first-half.

Twitter: We’ve been forced into a change due to injury…

These Arsenal fans reacted to his injury…

Twitter: @Arsenal We are going to championship this season (@tajir33) 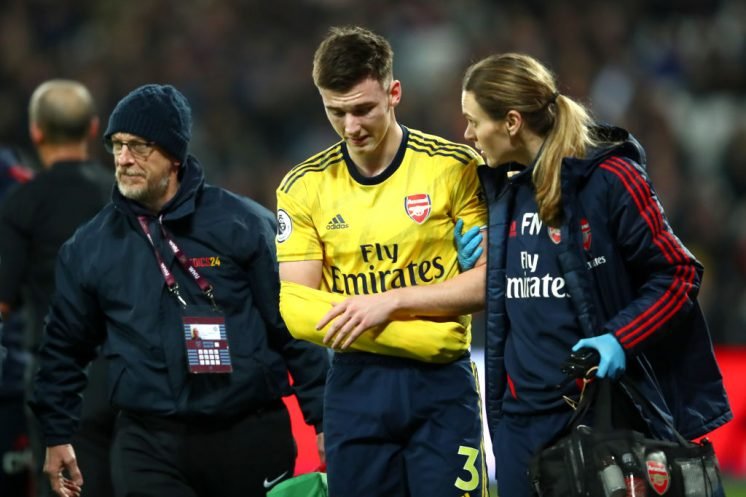 Twitter: We can never have nice things at @Arsenal. We are cursed.

Tierney had an indifferent start to the game, but has finally been starting to settle down in England and this is only going to further disrupt his season. He joined with an injury and has been unable to nail down a place in the side because of this.

All of this being said, Arsenal have a more than capable replacement in the form of Sead Kolasinac. You always know that Kolasinac will put in 110% and provide an attacking threat, even if he can be left wanting defensively more often than not.

Was Tierney a good signing? 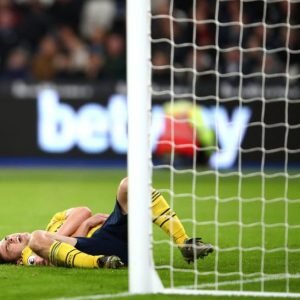 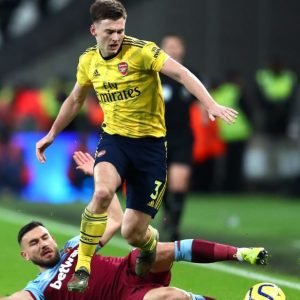