The Mirror’s Andy Dunn wrote a column suggesting that current Rangers manager Steven Gerrard should be considered by Arsenal as the Gunners look to appoint a new boss following the sacking of Unai Emery.

It’s fair to say that the reaction to that column, from fans of a number of clubs, wasn’t exactly positive as they took to social media to give their thoughts.

One Arsenal fan didn’t need words as a simple GIF was enough to let everyone know his thoughts about the idea of Gerrard taking over.

This fan needed just one word…

This fan only needed two…

Meanwhile, a few Liverpool supporters couldn’t help but stick the boot in to Arsenal.

After he told Suarez he can do better than Arsenal, why would he?

This supporter disagreed with the notion that Gerrard has done well so far at Rangers.

Gerrard has done pretty well at Rangers, but Arsenal can surely get in a higher pedigree of manager then him. Also, if they do want to go down the route of bringing in a recently-retired star, then like Cheslea have done, it would make more sense to bring in a club legend of their own, one who knows Arsenal inside-out and would have an immediate connection to the supporters.

Should Steven Gerrard be considered by Arsenal? 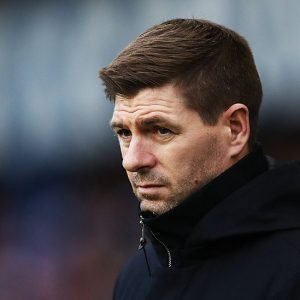 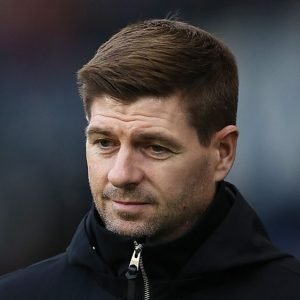