Plenty of Arsenal fans have hit out at AFTV Media’s ‘Troopz’ following his views on Granit Xhaka’s display against Norwich City on Sunday.

The 27-year-old made his first Premier League appearance since his public falling out with the Gunners faithful in October, featuring alongside Matteo Guendouzi in front of the back four. 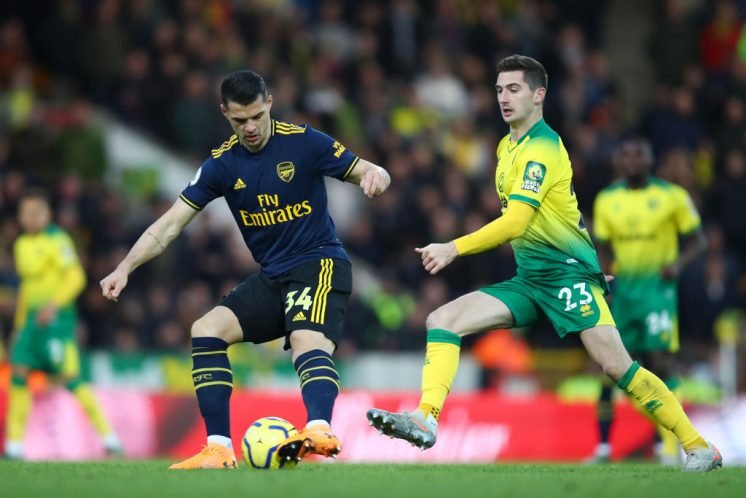 Arsenal came back twice to secure a draw in Freddie Ljungberg’s first game in charge as interim boss thanks to a Pierre-Emerick Aubameyang brace.

There was plenty to discuss following the entertaining draw, and when asked about Xhaka, Troopz thought the Swiss star ‘did alright’.

AFTV Media shared the clip on social media, and the post left these Arsenal fans weighing in with their views on the midfielder.

Twitter: @AFTVMedia @TroopzAFC – 1 forward pass in the 1st half.
– ghosted by for the 2nd goal as he left his position and C… https://t.co/aXZGL4EIFy (@peskitpes)

Twitter: @AFTVMedia @TroopzAFC Xhaka caused us both goals and u claim he did alright. The guy is too slow for the league (@agedefelixsefa1)

Xhaka’s every move would’ve been watched extremely closely by plenty of supporters, and the midfielder could’ve prevented the Canaries’ second goal.

Norwich’s attacking midfielder Todd Cantwell curled the ball past Bernd Leno from the edge of the box shortly before the interval, and if Xhaka was more aware, he may well have been better placed to block the shot.

His performances will continue to be the hot topic around the Emirates, and it looks as if they’ll be dividing opinion.

Were you impressed with Xhaka on Sunday? 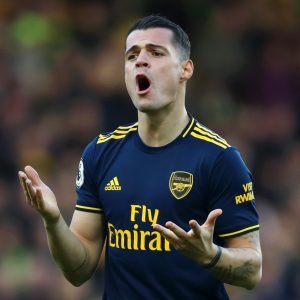