Plenty of Arsenal fans have been quick to back Bukayo Saka following his substitute display against Norwich City on Sunday.

The 18-year-old featured in the final 12 minutes as Freddie Ljungberg began his time in interim charge of the Gunners with a 2-2 draw at Carrow Road.

Saka came on for Matteo Guendouzi, and many fans weren’t happy with Ljungberg’s decision to bring on the youngster ahead of Gabriel Martinelli and club-record signing Nicolas Pepe.

However, following many fans’ disappointment aimed at Saka, @PatrickTimmons1 was quick to defend the wide man on social media.

Twitter: In a season with very few positives, he has been a shining light. He only turned 18 in September, yet some fans are… https://t.co/O0RdSKnlYt (@PatrickTimmons1)

His post led to these Arsenal fans also getting behind the teenager.

Twitter: @PatrickTimmons1 @BukayoSaka87 I genuinely think Bukayo and Leno have been our best players so far this season, in… https://t.co/TOqMDbFRaa (@Matt16082013)

Twitter: @PatrickTimmons1 @BukayoSaka87 Fans are impatient . .. Saka has done well b4, including the assist at OT. He is r… https://t.co/kBDAF398aZ (@Fairplaykenya)

Twitter: @PatrickTimmons1 @BukayoSaka87 Our fans like everyone else’s can be toxic sometimes…. A long way to go for Saka, he’s one of our own….. (@neogunner)

Saka has been one of the club’s shining lights this season and has deservedly been in and around the first-team squad in recent months.

It’s clear to see that plenty of Arsenal officials, including Ljungberg, rate Saka extremely highly, and he’ll need all the backing from everyone associated with the club if he is to take his game to the next level.

Is Saka ready to be an Arsenal regular? 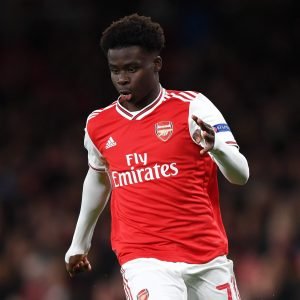 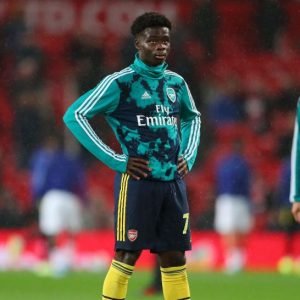