Reports from Germany this week have claimed Alf-Inge has been at London Colney, with the Gunners up there in the race to sign the striker.

After reading the reports, these Arsenal fans on social media have been giving their verdicts on the rumours.

Twitter: @Bannaa20 @afcstuff Sadly is Haaland have huge mentality to be going world class player rather than all that our yo… https://t.co/YC6DqFyUx8 (@muhammad_fakhmi)

Twitter: @afcstuff Read this but no chance him coming. He’s played under ole and united have the money! Heard his dad wants… https://t.co/Nvy3UAgPYR (@danzed_)

Twitter: @afcstuff Pretty reliable source which only means Auba or Laca will be gone in the summer 😣 (@RaySensei_)

Twitter: @afcstuff So it means one of Auba or Laca leave. (@sanzhmax)

If Arsenal can get a deal over the line for Haaland, it would be a huge statement of intent from the Gunners.

An array of top European clubs have been linked with the striker, but, just as one fan pointed out, he could be the perfect long-term replacement for both Pierre-Emerick Aubameyang and Alexandre Lacazette.

This is unlikely to be the last we hear on Haaland’s future and if he continues to impress in the manner he’s currently doing, you can bet his next destination will be a big talking point across European football.

Can Arsenal really complete a deal to sign Haaland? 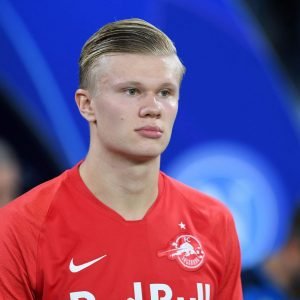 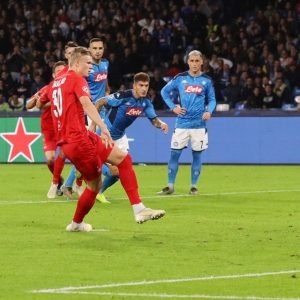