Arsenal fans have continued to hail teenage forward Gabriel Martinelli during the international break following his excellent start to the campaign.

The 18-year-old cost the Gunners just £6m over the summer and is already proving to be a bargain after netting seven goals in five starts under Unai Emery. 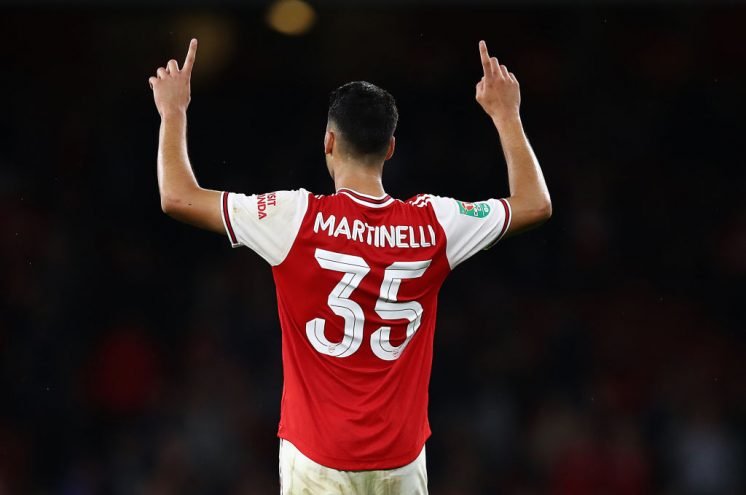 The Brazilian recently turned out for his country at Under-23 level, playing 90 minutes in a 1-0 defeat to Argentina.

And with the Premier League returning this weekend, Arsenal fan @PatrickTimmons1 took time out to heap praise on the youngster, labelling Martinelli as one of a few shining lights for the club this season.

Twitter: @PatrickTimmons1 I hate to sound hypey but if Martinelli is managed well, he’d be as good as Ronaldo de Lima. He’s… https://t.co/Aec1XVMo2b (@eklektika2806)

Twitter: @PatrickTimmons1 He needs a run in the team (@1954Marlow)

Without Martinelli, there wouldn’t be plenty to shout about for the Gunners.

The youngster, along with club captain Pierre-Emerick Aubameyang, have been the star performers so far, and if Martinelli can continue to find the back of the net with ease, Emery may have no choice but to include him week in week out in the Premier League.