Arsenal fans have praised Emile Smith Rowe after the youngster returned from injury to star for England at Under-20 level last Thursday.

The 19-year-old, who has missed the majority of the season for the Gunners due to various injuries, provided one assist and completed the scoring in a 4-0 Elite League win over Portugal.

Smith Rowe made an excellent late run into the box just after the hour mark and cooly converted with his left foot to finish into the far corner.

Twitter: Emile Smith Rowe’s highlights from the u20 game against Portugal. One goal, one assist, and that feint in the build… https://t.co/mBiChIMyEj (@afcDW)

His effort was shared on social media by Dan Critchlow, which led to these Arsenal fans heaping praise on the midfielder.

Twitter: @afcDW This guy is really forgotten by our fan base. Staying healthy is key for him can really help us in the 10 role. (@Velkov95)

The teenager has gone under the radar at the Emirates ever since being loaned out to RB Leipzig at the beginning of the year.

He struggled to really make his mark in the Bundesliga, but there’s no doubting he has the talent to become a future Arsenal regular.

Smith Rowe has featured just three times for the Gunners this season, and now seemingly fully fit, the youngster will be hoping to break back intoUnai Emery’s matchday squads as soon as he can.

Would you like to see Smith Rowe in the squad against Southampton this weekend? 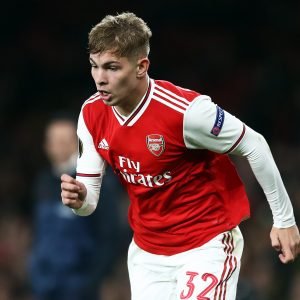 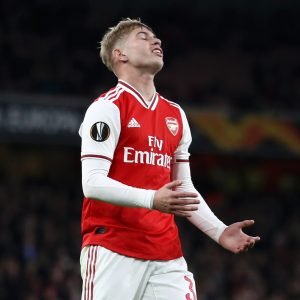