A section of Arsenal supporters have welcomed the possibility of Eddie Howe taking over at the Emirates.

Unai Emery is under immense pressure in north London after recent results and performances, which has allowed plenty of pundits and supporters to speculate the Spaniard’s potential successor.

Fan page @LTArsenal asked their followers if they would be happy if Bournemouth boss Howe took over in the Arsenal dugout, and multiple supporters shared their love for the idea.

Twitter: @ltarsenal I would take Eddie Murphy at the moment (@steven10fox)

Twitter: @ltarsenal Worth the gamble, personally would go get Rodgers. (@RedWhite_Gooner)

It still seems like a massive jump fr… https://t.co/88FXIlRsxW (@LennyPetsPuppys)

Twitter: @ltarsenal Knows the prem, he’s english and knows how to set a team up…. why not give him a chance (@MrJasonAlex)

Howe has enjoyed a remarkable rise on the south coast with the Cherries, and as a result, has been linked with various English heavyweights in recent years.

He looks destined to eventually leave the Vitality Stadium, and his brand of exciting attacking football could make him a perfect candidate for Arsenal officials should they part ways with Emery.

At this moment in time, plenty of supporters would take anyone over Emery, but Howe appears to be a real favourite amongst the Gunners faithful. 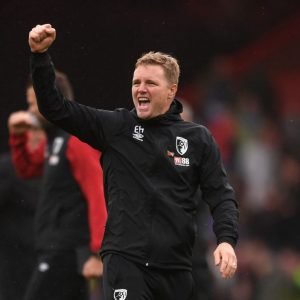 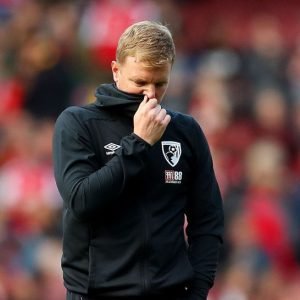