Arsenal fans have been left furious with Granit Xhaka once again after the role he played in Sheffield United’s goal on Monday night.

Lys Mousset was given the freedom of Sheffield inside the Arsenal box to tap home, with many pointing the blame towards the club captain.

Often a target for criticism, these Arsenal fans on social media were not happy with the Swiss midfielder.

Twitter: I just hope you guys know that the goal came from Xhaka leaving his man. (@SirLeoBDasilva)

Twitter: Xhaka at fault for that goal. That’s not a captain (@RichyMcknight)

There is a lot of anger among the Arsenal fan base right now, with the majority of it aimed at either Unai Emery or Xhaka himself.

The Swiss continues to be a target for Arsenal supporters, but with incidents like this, it’s easy to see why.

The Gunners couldn’t have made it easier for Mousset if they tried, he was afforded far too much space from the corner to just tap home and give the hosts the lead. 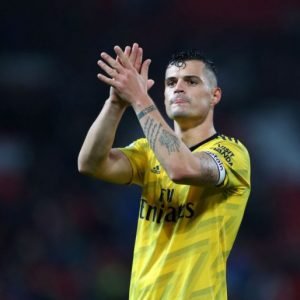 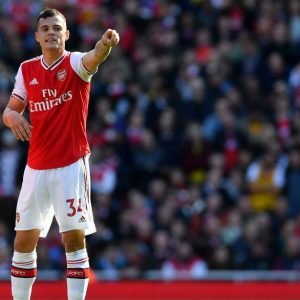