Arsenal returned from the international break with a 1-0 loss to Sheffield United at Bramall Lane and, as one would expect, plenty of Gunners fans are not happy with their team and their manager.

Blades’ striker Lys Mousset marked his first start for the club by scoring  the only goal of the game as he steered the ball into the Arsenal net as he reacted quickest to Jack O’Connell’s knockdown.

Arsenal searched for an equaliser but couldn’t find one and as such, they end the weekend in fifth place, when a win could have taken them to third.

After the game, these Arsenal fans took to Twitter to vent their frustrations and ask for Unai Emery to be sacked.

Enough is enough lads. Get that Spanish Pardew out.

Tell him not to turn up tomorrow. Honestly, nobody wants him here.

Unai Emery is clueless. Plays Xhaka, leaves out Ozil (again)! Takes off Pepe, puts Auba our top-scorer on the left and Saka as a #10 lool. The guy is fraud, sack him! Get this man to lead the team until the end of the season 👍 pic.twitter.com/CDHZ1RpDof

Emery’s contract runs out this summer and if he doesn’t secure a top four finish, we think he’s likely to be let go.

However, some fans are now calling for him to leave immediately and it’s understandable too.

The Spaniard’s team selections have been difficult to understand and Arsenal still look far to soft when playing away from home.

We don’t think Emery will be sacked anytime soon, but calls for him to go will only get louder if the Gunners put in more poor performances. 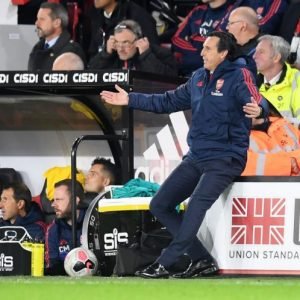 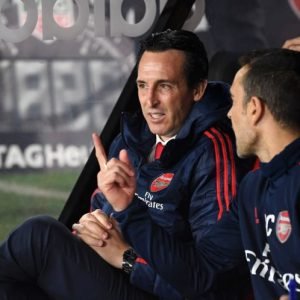