Mesut Ozil’s Arsenal future remains up in the air, with the German midfielder no longer guranteed a regular starting place at the Emirates.

However, after the summer addition of Nicolas Pepe, a number of fans want Ozil brought back into the fold to play behind the club’s new-look front three.

Speculation about where he could fit into the team has resulted in some interesting debates on social media, with these Arsenal fans calling for Emery to play Ozil more frequently.

Twitter: Give Mesut Ozil a run of 5 games in the side and see what he can do. I’ve seen players like Mkhitaryan given chance… https://t.co/aAfkq7L3VR (@ltarsenal)

Twitter: @ltarsenal In the big away games he needs to be starting in CAM (@Triggz30)

Twitter: @ltarsenal Our front three deserves him behind them. (@NeelJainnn)

The idea of Ozil playing behind the likes of Pepe, Aubameyang and Lacazette certainly makes for a tantalising prospect.

However, unfortunately for these Arsenal fans it has been some time since Ozil played some of his best football.

If the club had the luxury of calling upon Ozil in his prime, they would boast one of the most potent front fours in world football, but that is no longer the case.

With Ceballos behind him providing the energy, as well as someone like Lucas Torreira or Matteo Guendouzi, they have defensive protection too – so there could be an opening there for him.

Emery has something of an embarrassment of riches in midfield, but now he has to find a way of not only fitting them all in but figuring out his best trio as well.

Do you think Emery needs to start Ozil more? 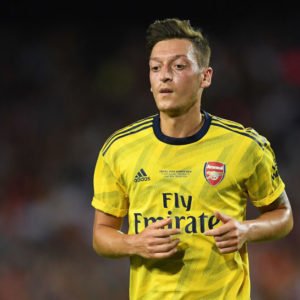 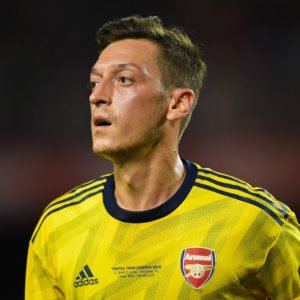