Dani Ceballos has issued a warning to Liverpool as the Gunners prepare to travel to Anfield this weekend.

Speaking on social media ahead of the game, Ceballos gave a rallying cry as Arsenal look to cause an upset on Saturday night.

We know it will be a tough match against the European champion. Absolute respect, but no fear. We go all out!

Ceballos has quickly become a fan favourite after his first two performances for the club and his attitude online has certainly made him even more popular with supporters.

A number of fans have taken to Twitter to get right behind the player.

Twitter: @DaniCeballos46 @Arsenal You would walk into any midfield in Europe and for now your a Gooner. Show them how it’s done on Saturday. (@Rickymiles1)

Twitter: @DaniCeballos46 @Arsenal We have a chance because we have you!!! ? (@NaijaArsenal)

Twitter: @DaniCeballos46 @Arsenal Can’t wait to watch you turn Fabinho and co inside out on Saturday at Anfield. (@Shafka_Gunner)

Some fans were even prepared to go that extra mile…

It’s clear to see that Ceballos has slotted straight into the framework at Arsenal and fans will be hoping that the club have some chance of signing the player permanently.

If his first couple of performances are anything to go by, he will be a key player for Unai Emery’s side over the course of the season.

The Real Madrid loanee boasted a 90% pass accuracy during the win against Burnley and he’ll need to be just as good on the ball if Arsenal are to come away from Anfield with anything. 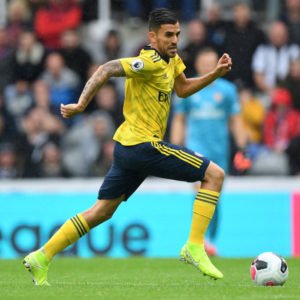 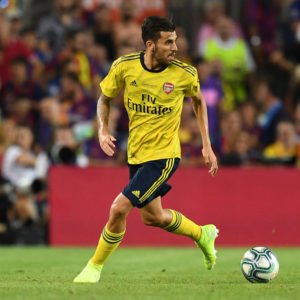