Arsenal fans have been given a glimpse of what is to come from Eddie Nketiah in years to come as he continues to catch the eye at Leeds United.

After scoring in a 1-0 win over Brentford on Wednesday night, Nketiah posed alongside club legend Ian Wright, who was in attendance at Elland Road.

The picture, which was then posted on Arsenal’s official Twitter account, gave fans an insight into both the club’s past and potentially their future.

Judging by these reactions on social media, there is a lot of hope for Nketiah after seeing him alongside Wrighty.

Twitter: @Arsenal @IanWright0 He is like a father figure to so many. Such an inspiring role model to have around.❤ (@AllAboutTheAFC)

Twitter: @Arsenal @IanWright0 The future is as bright as the past ? (@ChitunduMwenya)

Twitter: @Arsenal @IanWright0 Honestly, this guy shouldn’t have gone on loan. He deserves to be in the first team. I wish him all the best (@adebowalesaheed)

As mentors and tutors go, there won’t be many better for Nketiah than Wrighty while he is away from the club. He also has the likes of Alexandre Lacazette and Pierre-Emerick Aubameyang to learn from when he returns to Arsenal , meaning he’s certainly in safe hands.

The future looks bright for Nketiah and with the right management, he can be a key player for the Gunners for years to come.

Elland Road continues to look like the perfect place for him to develop this season under the guidance of Marcelo Bielsa. If he can keep up his goalscoring form, excitement will only rise among Arsenal supporters.

Should Nketiah be in the first-team squad next season? 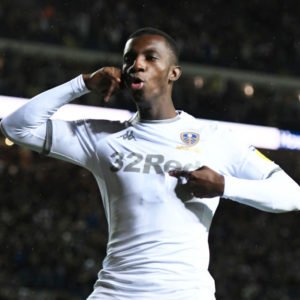 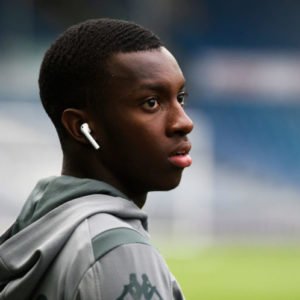