It’s safe to say, Dani Ceballos has established himself as a fan favourite since making the move from Real Madrid.

Before even stepping onto the pitch, the Spaniard snubbed a switch to rivals Tottenham in favour of a move to the Emirates, which obviously went down extremely well with Arsenal fans.

However, Tottenham fans were quick to mock the 23-year-old following his flat performance against Newcastle United on the opening weekend.

But following his excellent display against Burnley last weekend, the club continued to show their love for the midfielder by posting this tweet.

And one Arsenal fan was quick to hit out at Tottenham signing Giovani Lo Celso, while others were full of love for Ceballos.

We’re loving the dig at Lo Celso in truth. Even though the Argentine has featured in just six minutes of Premier League action, he’s yet to come close to an assist.

Ceballos bounced back from a disappointing debut at Newcastle with an impeccable full debut against the Clarets. He had the Gunners faithful on the edge of their seats throughout and was rewarded for his efforts with an assist for Pierre-Emerick Aubameyang’s winner.

Arsenal fans will be hoping the Spaniard can continue his fine form at Anfield this weekend, and another impressive outing will more than likely result in more love on social media. 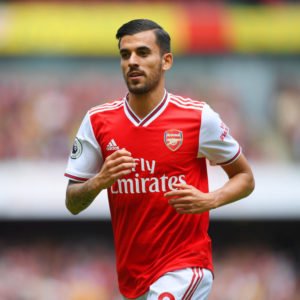 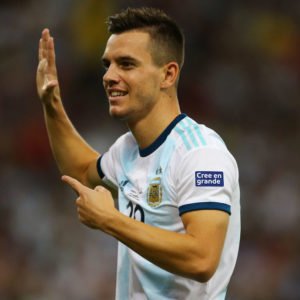