Arsenal travel away to face Liverpool at Anfield next weekend as they look to move top of the Premier League.

The two sides are joint-top of the table, as it stands, and are the only teams to have a 100% record so far.

Due to an injury to Alisson, Liverpool started former West Ham goalkeeper Adrian against Southampton at the weekend. The Spaniard almost cost the Reds the result as he kicked the ball straight at Danny Ings to gift Southampton a goal.

Sam thinks Arsenal will punish him…

Twitter: If Adrian tries that against Arsenal next week he will be surely crucified by the likes of Lacazette, Auba and Pepe #LFC #AFC (@samfedrizzi)

This user thinks Arsenal have a chance if they press Liverpool…

Twitter: If we press Liverpool’s defence next week we have a chance, Adrian is struggling with press from Adams and Ings nev… https://t.co/xdj03dTalk (@MaksymilianSmi4)

Twitter: @havehopehut bruh i dont think Adrian is ready for that Arsenal smoke.

Twitter: Who else is excited for Auba Vs Adrian next week? ??? (@MHaroonsam)

Russell thinks Adrian is a joker!

Twitter: Auba will have to press Adrian hard. He gets extremely shaky with the ball at his feet. (@EduardoHagn)

If Liverpool persist with passing it out from the back with Adrian in goal, Arsenal could find a lot of joy in pressing high up the pitch.

Unai Emery could get Aubameyang to press Adrian, with Alexandre Lacazette and Nicolas Pepe closing down the two centre-backs, forcing Liverpool into either gifting the ball to the Gunners or playing long.

This would result in Arsenal being able to dominate possession of the ball and dictate the flow of the game, as they restrict Liverpool’s ability to start attacks from the back – limiting the number of chances they can create going forward. 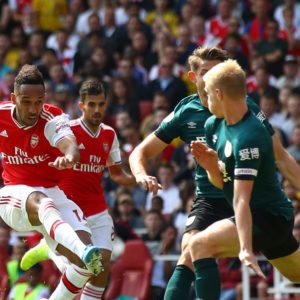 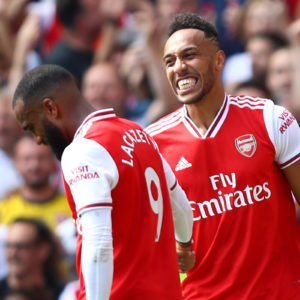