It’s a momentous night for Eddie Nketiah, who has just scored with his first touch in a Leeds United shirt.

The 20-year-old was named in Marcelo Bielsa’s starting line-up for his debut, as Leeds United visit Salford City in the Carabao Cup second round, and has nipped the visitors in front at half-time.

Not only Leeds fans went wild on social media though, as expected, with plenty of the Gunners faithful joining in on the celebrations:

Arsenal fans are right to get very excited about Nketiah – he looks set to have a groundbreaking season at Leeds United and could be the spearhead in their bid to finally return to the Premier League.

After such an impressive pre-season, I’m sure many supporters would have liked him to offer Pierre-Emerick Aubameyang and Alexandre Lacazette competition in the first-team, but this could be the start of something huge.

He’s just netted with his first touch in a Leeds shirt, so let’s hope he can continue to show a clinical nature to his game and develop into a player who can competitively challenge Aubameyang and Lacazette for a starting spot in the near future.

Does Eddie Nketiah have a future at Arsenal?

Yes, he is our future. 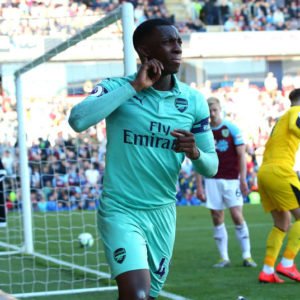 No, we have too much attacking talent. 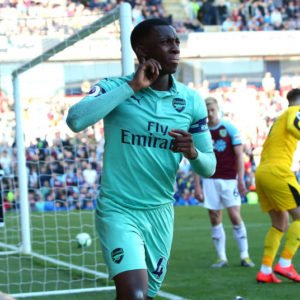