It’s been a pretty bad week for Arsenal Football Club, as they have been played off the park by Manchester City twice in a matter of days, once in front of a half-full Emirates Stadium.

The Gunners have a chance to put things right on Sunday afternoon when they travel south to face Chris Hughton’s Brighton and Hove Albion side.

To get the lowdown about Sunday’s opposition, we spoke to Andy Naylor, the Brighton and Hove Albion reporter from the Brighton Argus.

Here’s what Andy had to say:

1. Brighton currently sit in 12th place and are unbeaten in four league games, is it fair to say that the mood around the club is fairly positive at this stage?

Fairly positive strikes the right tone. There is still a bit to do to secure safety, which has always been the aim. Particularly as they face a stern finish. Depending on the FA Cup and Champions League, they could, in the final week, play Manchester United and Spurs at home and Liverpool away.

2. Brighton have only lost three times at home all season, winning five and drawing six. Will they feel confident of getting a result from the Arsenal game?

Form at the Amex was always likely to be key. It has been a fortress under Chris Hughton in the last two years, 31 wins and just seven defeats across 51 games in all competitions. The only teams to beat them at home in the Premier League are Manchester City, Liverpool and Chelsea. Arsenal have been more vulnerable, especially away, than that trio. 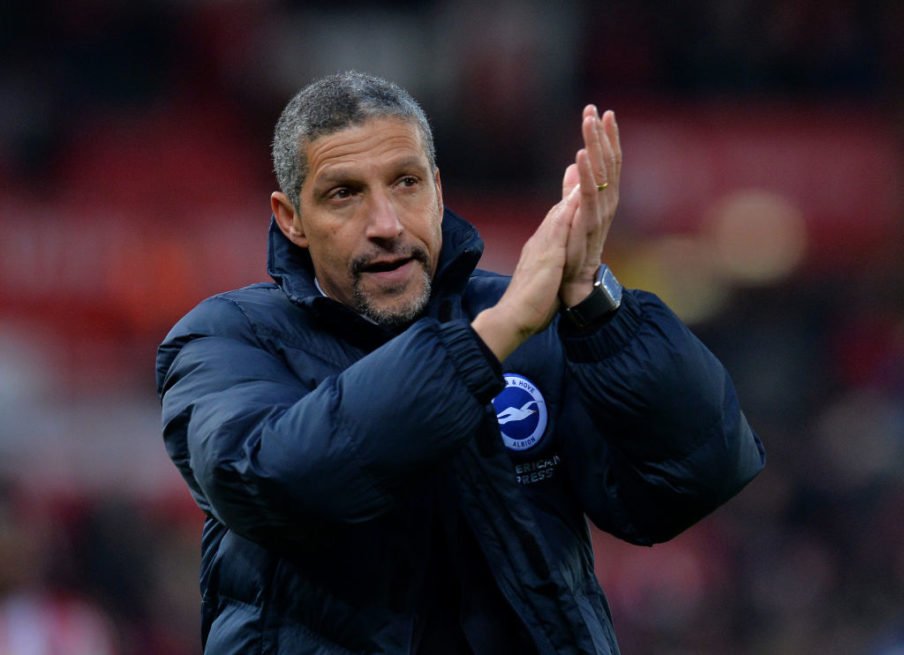 3. Glenn Murray’s 12 league goals have been vital this season. How’s he performed on the whole and do you think he’s the biggest threat to Arsenal at the weekend?

Glenn, at 34, has exceeded reasonable expectations. This is his most prolific season in the top flight and he is bang in form, especially now that he has January signings Leo Ulloa and Jurgen Locadia for competition. He is an obvious threat, but look out for Colombian left-winger Jose Izquierdo. He has hit form lately as well.

4. What type of atmosphere will Arsenal fans encounter at the AMEX? It’s a lovely stadium, but does it have that ferocious feel the we sometimes encounter when we travel away to clubs lower down the table?

Ferocious would not be an appropriate description. The Amex is generally a welcoming environment for away supporters, but it will be another full or near-capacity crowd and the home fans are capable of really getting behind the team in certain circumstances. A Sunday lunchtime kick-off may not be ideal in that respect. On the other hand, it as a realistic opportunity to end the pointless Premier League record against the ‘Big Six’.

5. Finally, care to make a prediction?

Arsenal ran out 3-2 winners on each of their previous two visits in the FA Cup. I’ll go for 2-2 this time.